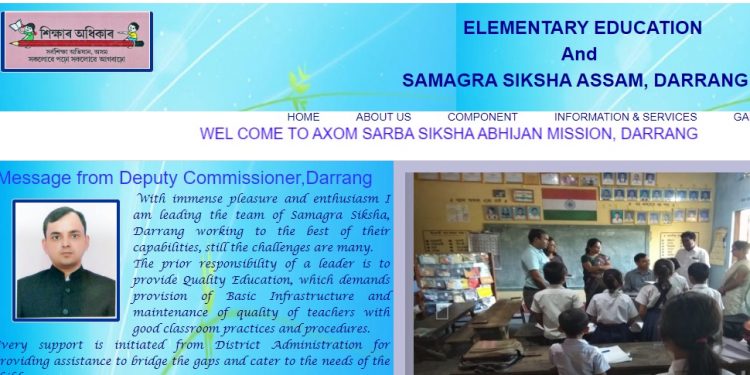 A new web portal of Samagra Siksha Abhiyan, Darrang –www.ssadarrang.co.in has been launched.

Deputy commissioner of Darrang Ghanshyam Dass ceremonially launched this web portal at a function organized at the conference hall of the Deputy Commissioner’s office in Mangaldai on Wednesday.

Speaking on the occasion, the deputy commissioner observed that the web portal would be able to give replies to the queries that people keep in their minds regarding the scheme.

He also hoped that it will also reduce the number of RTI petitions filed to the department.

On the other hand Dr Jawahira Tabassum, district mission coordinator, Samagra Siksha Abhiyan, Darrang in her speech termed this web portal as their long pending dream.

This has been stated in a press release issued by the district information and public relation officer, Darrang on Wednesday.