Accused Hafizur Rahman, who has escaped, was arrested in 2018 on charges of being involved in a rape case 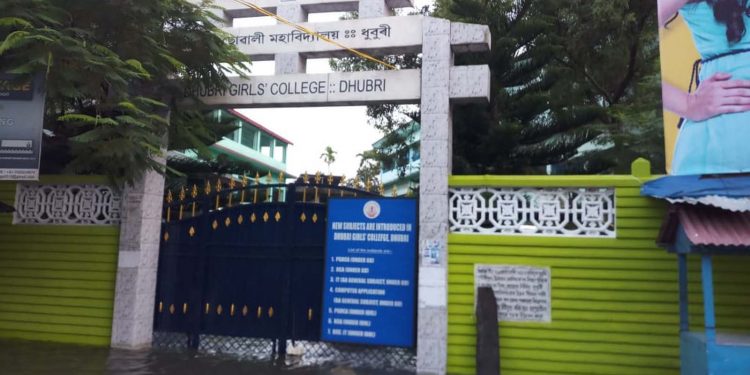 Dhubri Girls College, to where the inmates of Dhubri Jail have been shifted. Image credit - Northeast Now

An undertrial prisoner, who was shifted from Assam’s flood-hit Dhubri District Jail to Dhubri Girls’ College along with other jail inmates, fled in the wee hours of Wednesday.

The undertrial prisoner, who escaped from the Dhubri Girls’ College-turned-jail, has been identified as 27-year-old Hafizur Rahman.

He was one among the 409 inmates of the district jail who were shifted to the girls’ college after floodwaters inundated the original jail barracks last week.

Police sources said he was arrested in 2018 on charges of being involved in a rape case.

A police officer, on the condition of anonymity, said, “All the prisoners, including 9 women, were shifted and have been kept in different classrooms on the first floor of the college under tight security.”

“As the entire area has been reeling under floodwaters and without electricity since Monday night, the accused broke a window grill and fled taking advantage of the darkness,” he added.

Police sources said a manhunt has been launched to re-arrest Rahman but he has not been apprehended so far.

On Monday night, all 409 inmates, including nine women, of the district jail, were shifted to the college after a four-hour long exercise, which was monitored by Dhubri deputy commissioner Ananta Lal Gyani.