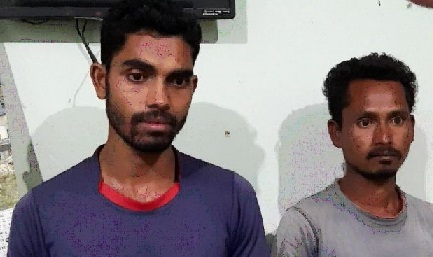 Two youths were arrested after being found with arms and cash at Basugaon in Chirang district of Assam on Sunday.

As per reports, the arrested youths have been identified as Farman Ali and Mafijul Islam.

The youths have been caught in a joint operation carried out by Chirang police and 15 Garhwal Rifles of the Indian Army. They have been arrested after the security forces received a tip-off about them.

Police found that the accused persons got the arms from a person in Rangsaidham area and were bringing them to Basugaon to sell them.

The accused were found to be possessing country made pistols, five live cartridges and cash amounting to Rs 55000.

Police are further investigating as to how they smuggled the arms into Chirang and the persons involved in the smuggling.

The operation was a part of the ongoing crackdown by security forces on the insurgent organisation active in Upper Assam.