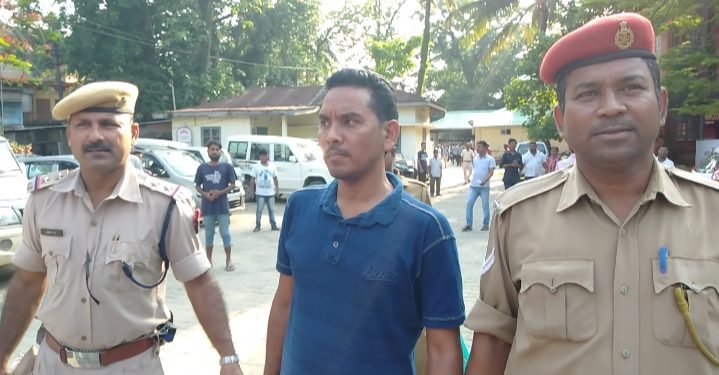 The court later in the evening sent him for three days of police remand in order to provide Ghungor police continue with their investigation into embezzlement of funds in this hospital since 2014 and unearth more names that are behind the scenes and played a key role in abetting such nefarious activities.

Speaking to Northeast Now, Bidyut Barman said that he is innocent and is being made a scapegoat in this whole financial fiasco.

“I was overloaded with work for which in the year 2016, I put in my papers for resignation, which was not accepted. Apart from keeping records of the hospital management and accounts, I was entrusted with other responsibilities as well without any helping hand, for which I wanted to quit. I am a straight forward person but there are others involved, which I would reveal to the police.”

Investigation Officer of Gungoor Police Outpost, Akbar Ali, talking to this correspondent, said, “He was arrested from Kurkuri in Kalain of Cachar district following a case which has been registered by the present Principal of SMCH, Babul Bezbaruah. In this connection, AS Baishya, the medical superintendent of this hospital too has been arrested earlier, and till date four persons have been arrested so far.”

On May 29 last, Ghungoor Police Outpost interrogated for two hours former principal of SMCH and now present principal of Fakruddin Ali Ahmed Medical College in Barpeta, Shilpi Rani Barman, in this connection, who has already taken an anticipatory bail, fearing for her arrest.

Though, it may be mentioned here that the noose is tightening around her neck for all financial irregularities of SMCH in tune of more than four crore rupees incidentally took place during her tenure.