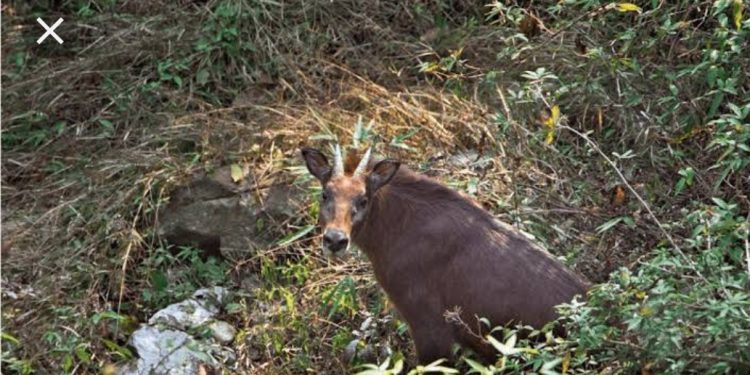 In a first of its kind, an animal has been translocated to Assam State Zoo from Nagaland zoo on a loan basis in order to conserve one of the endangered species native to both these states.

Assam State Zoo has been recognised by the Central Zoo Authority as the coordinating zoo for the conservation breeding for himalayan serrow. Now Nagaland Zoo, Dimapur now joined as a participating zoo.

The Nagaland zoo had only one male serrow in its possession.

Thinking that both the zoos would have lost the species with time since the animals did not have their opposite sex, both the zoo decided to bring them together to give them an opportunity to breed and multiply.

Initially, the loan period is of one year which may be extended if the breeding is successful.

“Dr Bijoy Gogoi of Assam State Zoo led the team from Guwahati to Nagaland Zoo and brought the male serrow to the Assam zoo safely on May 18,” said official sources.

The male is named as Chiku and the two females are named as Pampi and Rani.

The zoo authorities are planning to pair with both the females and they are hopeful that a new life will be born. “It will be great for the species,” said sources.

The conservation breeding loan is one of the strategic steps between the two neighbouring states towards conservation of endangered species.