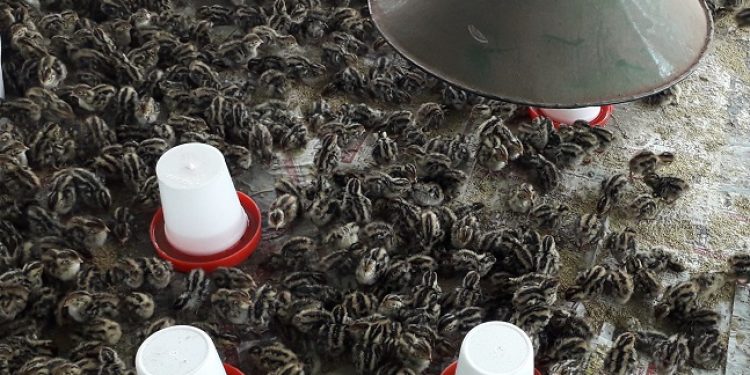 In an encouraging move, a private firm in Assam’s Darrang district has come up to provide training on scientific avian farming for self employment in Mangaldai.

Much to the delight of the youths of the State who are deeply interested to take up scientific avian farming on a commercial basis for self-employment and also providing employment for few others, ‘Shaan Agro Orchard’, a local private organization successfully dealing with these ventures for last couple of years in a voluntary motive has come up to offer training to such probable entrepreneurs.

As many as  70 enthusiastic youths including  women from across the State including  Lakhimpur, Narayanpur, Dhekiajuli, Guwahati, Dudhnoi, Barpeta and Udalguri besides home district Darrang took part in the day-long programme.

Dr Yugabrata Nath, a senior veterinary officer of the Darrang Veterinary and Animal Husbandry Department while taking part in the training programme as the technical resource person   explained in details about the avian farming like scientific rearing of duck, poultry and highly demanding Japanese Quail and also replied to the queries raised by the participants.

Sharing his experience in the field, Dr Nath appealed all the participants to create an atmosphere of work culture in the society only to make the State more resourceful. He also elaborated the technical information in a very simple form.

Speaking on the occasion, director of ‘Shaan Agro Orchard’ and a promising young avian entrepreneur, Kushal Deka who has joined the avian farming leaving his lucrative company job underlined the high commercial prospects of these farm products and urged upon the participants to acquire relevant knowledge besides the possible challenges and proceed with utmost sincerity and self confidence.

He also highlighted the importance of growing up united in an organized manner for a wider market rather than concentrating on an individual level.

“If my farm produces thirty eggs a day, it will be purchased by local nearby traders. But if we altogether 20 youths develop production, then traders from Guwahati even from Kolkata would purchase our products from our door steps in higher price,” he added.

The programme which began with the ceremonial lightening of the traditional earthen lamp by social entrepreneur and senior journalist Bhargab Kr Das  was also accounted for a brief motivational speech  from senior media person and secretary of Mangaldai Media Circle Mayukh Goswami among others.

Taking part in the programme promising film director of Guwahati Priyam Nirmal, women agri entrepreneur of Panery Arpana Medhi, Abhijit Goswami of Lakhimpur, Parash Jyoti Gogoi of Narayanpur, Gautam Das of Bhabanipur in Barpeta and Srikanta Rabha of Dudhnoi in Goalpara also shared their views and appreciated the organizers move as an eye opener for them.