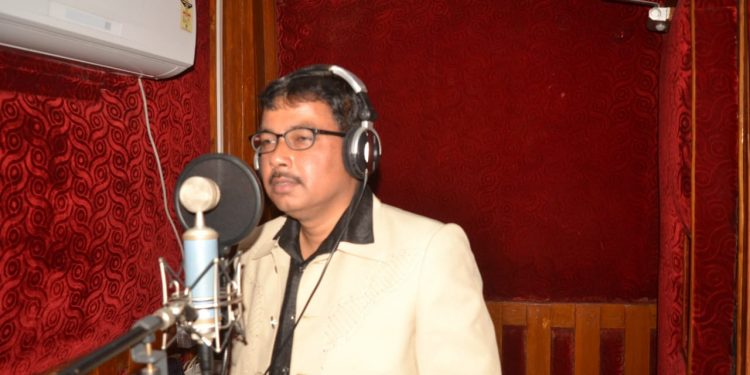 Renowned Sanskrit scholar and singer of Assam, Ranjan Bezbaruah, has been invited to perform at the Regional Vedic Conference to be held at Tripura University from September 2O.

Bezbaruah who has translated scores of Assamese, Hindi and Bengali songs into Sanskrit and sung them, said that he was honoured to be invited to such a gathering of Sanskrit scholars.

A patriotic song in Sanskrit sung by Bezbaruah has become almost a regular feature in Delhi Doordarshan’s Sanskrit programme ‘Vartavalli’, especially on special occasions like Republic Day and Independence Day.

Apart from his songs being sung by artistes in different states, dances have also been choreographed and performed to his songs in India and even abroad.

Ranjan, whose passion is Sanskrit translation of Indian songs, said that translating lyrics from any Indian language into Sanskrit would help our society in many ways.

“It can help our upcoming generation in developing an interest in the rich Indian languages as well as our unparalleled musical heritage. It might also help build bridges among different cultures. It might help in an emotional and cultural bonding among different   people, ” he said.

Secretary of Vivek Prachya Vidya Sanskrit Pratisthanam, Vivek Kumar Mishra has invited everyone to this august gathering of Sanskrit pundits.