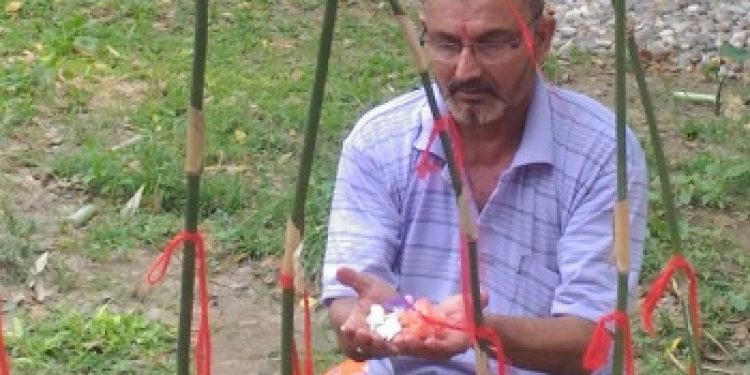 The traditional Sanischare puja, a worship service of deity Lord Sani was performed across Udalguri district of Assam in remote hamlets including Udalguri town on Saturday with gaiety and devotion.

According to the reports, the puja was performed at Udalguri, Bandarguri, Rowta, Orang, Mazbat, Harisinga, Tangla, Dimakuchi and Suklai of Udalguri district. It is to be noted that the Sanischare puja is held every year on Saturday of last week of April as per the ‘tithi’ of Hindu panchanga for world peace and prosperity of the people.

It is believed by the Nepali speaking community that Lord Sani or Saturn is omnipresent and he delivers goodness to the grief-stricken people of the world provided he is satisfied with the offerings of puja by his devotees.

Shani is considered the Lord of Saturday. He is the son of Surya (sun) and his wife Chhaya (shadow), hence also known as Chayyaputra. He is the elder brother of Yama, the Hindu god of death, who in some scriptures corresponds to the deliverance of justice.