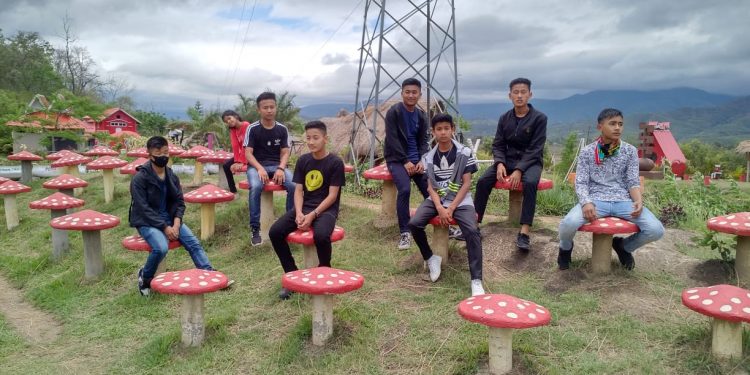 An excursion for the underprivileged children was organized under the aegis of Mantripkhri Battalion of 9 Sector Assam Rifles to Shelipung Ecological Park, Lamlai in Manipur’s Imphal east district on Sunday, according to a press release issued by Assam Rifles on Monday.

These children are being supported by Assam Rifles and being provided free education at the Assam Rifles Public School Mantripukhuri near Imphal.

The day long outing was an unique experience for the students wherein they were not only educated about the importance of biodiversity through an awareness lecture but also experienced firsthand the necessity of maintaining green cover,says PRO Assam Rifles(south) in the release.

As part of the excursion, various fun games were also organised for the students where they enthusiastically participated. Refreshments and lunch was also catered for.

In another development, a monthly village chief/secretary meeting was organized at T Minou village under Tengnoupal district by Moreh Battalion of 26 Sector Assam Rifles on Monday. A total of 10 village chiefs and secretaries of nearby villages attended the meeting.

The security situation in the area was deliberated upon and the importance of maintaining peace and harmony was discussed in detail during the meeting, the release added.