Assam: Protests for and against citizenship bill on in Karbi Anglong 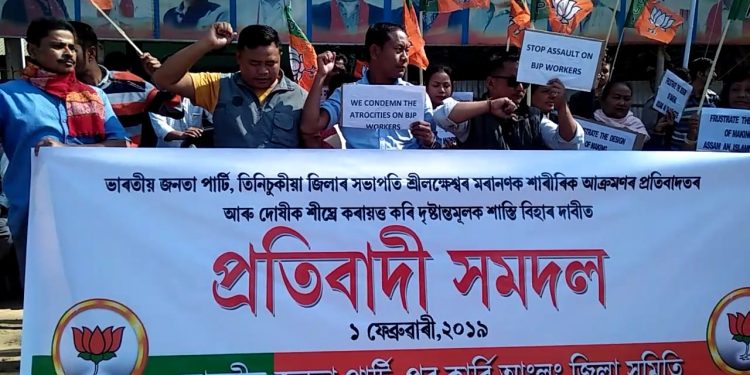 A protest demonstration was held on Friday in Diphu in Assam’s Karbi Anglong district at the office of the BJP, East Karbi Anglong District Committee (EKADC) in protest against assaulting a BJP worker in Tinsukia on Wednesday last and demanded the arrest of the culprits involved.

Vice president of BJP, EKADC, and spokesperson, Bharat Kr Timung said, “We are protesting against the recent attack on BJP workers at Tinsukia. We are also demanding the arrest of the persons involved and award them proper punishment as per the law of the land.”

BJP president of Upper Assam’s Tinsukia district Lakeswar Moran was beaten, his hair pulled and push to the ground by protesters who were against the Citizenship (Amendment) Bill, 2016.