Assam: Old Saraighat Bridge to be closed from February 10 for repair 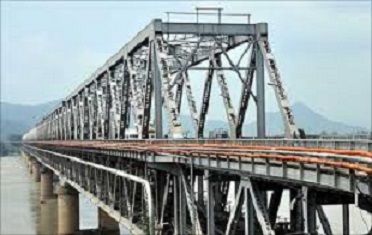 Kamrup district administration in Assam has decided to close the old Saraighat Bridge from February 10 in order to facilitate repair works before the onset of the monsoon season.

Additional SP (Kamrup) Sanjeev Saikia has requested for 150 steel barricades to deal with traffic problems during the closure of the bridge.

The National Highways Authority of India (NHAI) has devised certain measures to deal with traffic problems following the closure of the bridge, according to a Gplus report.

Over 80 identified deck slabs of Saraighat Bridge are going to be replaced in the maintenance work.

After replacing all expansion joints, Asphalt layer will be provided over the entire bridge.

The Saraighat Bridge is the first rail-cum-road bridge constructed over the river Brahmaputra in Assam.

The bridge was built by the Northeast Frontier Railway and was completed in 1962.

The Prime Minister of India, Jawaharlal Nehru dedicated the bridge and formally named it after the Battle of Saraighat on June 7, 1963.