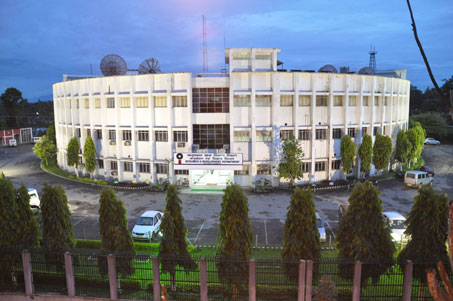 Close on the heels of securing its first ever patent grant recently, the Research and Development (R&D) Department of Oil India Limited (OIL) added another feather to its cap by securing yet another patent – this time jointly with the Indian Institute of Technology (IIT) Madras, Chennai, a press communiqué received here said.

The Indian Patent Office has granted the patent for an invention titled ‘Formulations for Dissolution of Petroleum Sludge or Waxes and Method for Evaluation Thereof’ which was filed in November 2013.

The invention is based on a two-year collaborative research project carried out during 2013 and 2014 by IIT Madras, Chennai and the R&D Department of OIL. During the project, a special class of compounds known as ionic liquids was investigated successfully for dissolving sludge that accumulates at the bottom of crude oil storage tanks and also for dissolving paraffin wax that is removed from pipelines during pigging operations. The research has significance not only for enhancing efficiency of oil production, but also has the potential to mitigate environmental impact of oilfield operations.

The patent grant implies that industry-academia linkages can increase the quality and quantity of national research output, the communiqué concluded.

Earlier, in the month of April this year, the authorities of the European Patent Office (EPO) granted patent to OIL for an invention titled ‘A Method for Preventing Wax Deposition in Oil Wells with Packers’

“Securing this first-ever patent grant signifies a major milestone for OIL and especially its research and development unit which develops innovative solutions to oil field exploration and production problems and has filed a few other patent applications in recent years,” OIL had stated in an official communiqué.

The EPO grant has lot of significance for in-house research and development units of public sector undertakings (PSUs) such as OIL.