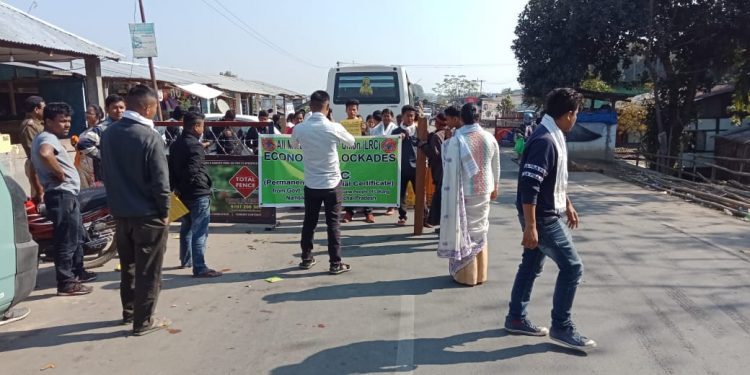 The Motak organizations here have temporarily withdrawn the economic blockade, giving a sigh of relief to the people of upper Assam.

Meanwhile, the recent economic blockade in upper Assam called by the Moran community has caused huge problems to the people. Hundreds of goods carrying trucks were stranded in upper Assam’s Tinsukia district.

Mintu Borpatra Gohain, adviser of All Assam Motak Yuba Chatra Sanmilan said, “We demand that the Citizenship (Amendment) Bill be scrapped because the bill is anti-Assamese and bill will have a disastrous affect on the Assamese society.”

However, people are facing a huge crisis due to the shortage of LPG cylinders and other petroleum products because the trucks and the oil tankers could not pass through the NH 37 due to the blockade.

Widespread protests have been witnessed after the Citizenship (Amendment) Bill was passed in the Lok Sabha.