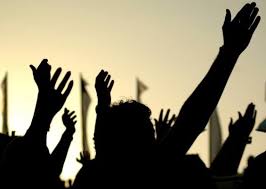 The media fraternity of Dhemaji district including members of Dhemaji Press Club has decided to boycott any programme and event conducted by district administration for an indefinite period.

The media persons are abtaining from covering news paid by the district administration.

It is alleged that the district administration disgraced the local media persons, who attended Dhemaji Kachari Maidan to cover 73rd Independence Day programme.

The administration did not allot them seat at proper place thereby and treated with dishonor, which compelled them to walk out from the celebration venue without programme coverage.

The chief functionaries of Dhemaji Press Club on the same day handed over a written compliant to State’s minister for hills area development Sum Ronghang, who hoisted the Independence Day flag at Dhemaji.

The Press Club in its compliant noted that Dhemaji administrative officers treated on duty media persons with disrespect, which made them compell to boycott the national day programme.

The Press Club later took rigid decision to avoid district administration programme and paid news reports for an indefinite period until and unless the administration hold formal negotiation with them for settlement of the controversy.

The deputy commissioner of Dhemaji is maintaining stoic silent on the issue.

But, an assistant commissioner of Dhemaji, who is taking charge of District Information & Public Relation Officer, said the administration did nothing disgraceful to the media persons as they claimed.

He cleared that many officers including head of the departments and even executive magistrates were not allotted VIP seat for the I-Day programme.

In a recent development, Dhemaji deputy commissioner by its letter vide No DCL.10/2014-15/125 dated 27th August, 2019 issued to the President/Secretaries of different Press Clubs of the district invited the reporters to an ‘Informal interaction’ meeting, which was fixed to hold at Dhemaji Circuit House on August 28 (Wednesday).

But, as per information, no media person nor press clubs members from any part of the district went to the meeting thereby cleared their stand against the district administration.