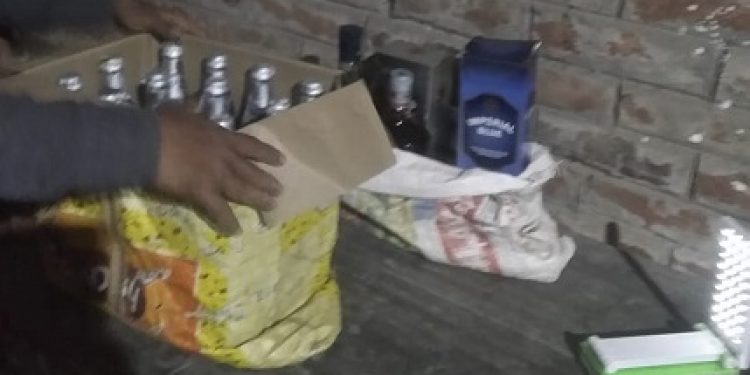 In its continuous crusade against illegal liquor in Sivasagar district of eastern Assam, a raid was conducted on Monday by a team led by Ashutosh Baruah, inspector of Excise, Nazira at Ligiripukhuri of Madurai Gohain gaon, in Namati of Galaky in the district.

The raid conducted in front of Nazira ONGC colony gate, Chanbecha etc, a total of four case of illicit liquor were seized while two miscreants were apprehended in this connection.

The report of the seizure has already been sent to the government online.