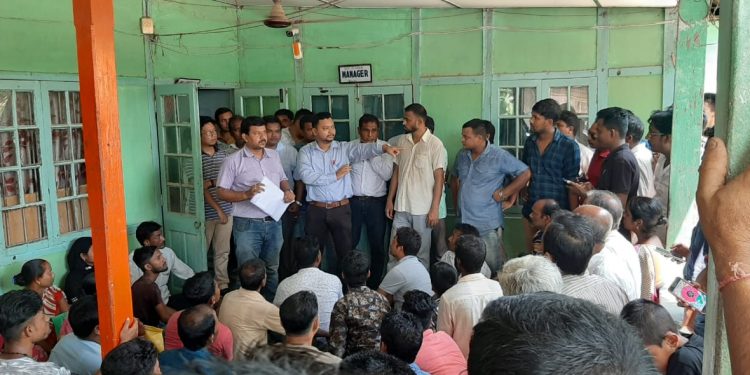 Villagers of Bhokawbasti under Dimrupar Gaon Panchayat in Assam’s Hojai district staged a demonstration seeking electrification in their village.

The protest was staged in front of Hojai Electricial Sub-Division office on Wednesday afternoon.

They reminded the authorities that Prime Minister Narendra Modi in 2016 in his Independence day speech said that every village of India will have electricity within 1000 days but this vision of Modi is still incomplete.

As a village, Bhokawbasti which is just six kilometres away from main town of Hojai is still in darkness.

There are 15 families of the village who are residing in complete darkness.

At present, the villagers anyhow manage with earthen lamp, candle but the rising temperature in recent few days has made their life miserable as they don’t have electricity to run fans and as such are having sleepless nights.

The villagers demanded electrification in their village within seven days, otherwise they will be obliged to hold massive agitation in coming days.