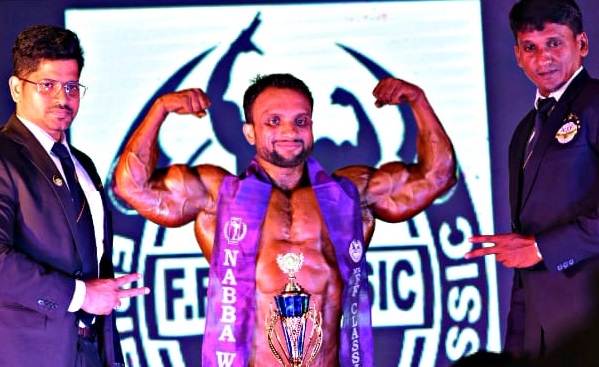 Body builder Subhankar Das alias Biky Das has brought laurels for his hometown Lumding and as well as for Hojai district in central Assam.

He has won first prize at Nabba/WFF Classic 2019.

It is an all India open body-building championship held at Bongaigaon on September 22 last.

Talking to the correspondent back home, Subhankar expressed his happiness.

He said, “These achievements are the results of rigorous hard-work, dedication, discipline and passion.”

“Till now whatever I have achieved it was only possible due my coach Badal Sharma who hails from Gwalior and with the support of my family and friends,” Das added

He was the district champion for five times.

He won Mr Assam many times.

He had also won NBBUI Mr Asia 2018 with silver medal.

His next aim is to prepare himself for upcoming events like Nabba/Wff Mr Universe and Mr World.

In spite of hailing from a middle class family, Subhankar Das believes if one has desire to achieve something he or she can achieve anything, overcoming all the obstacles in their way.

He also added but for that one needs to be honest with their passion and do hard-work to achieve the same.