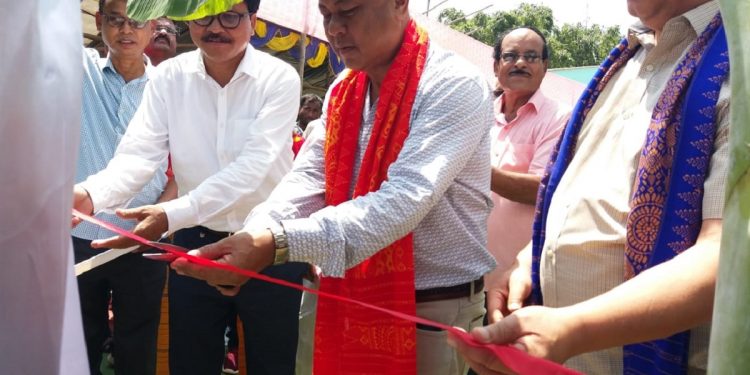 The protection works has been initiated at washed away portion in a function organized at Choto Nilibari near Aai river in Chirang district.

Referring to the flood and communication problem faced by the people of that area after the flood water of river Aai washed away that portion of road in 2017, he said that the project will solve now all these problems of the people to a large extent.

He directed the engineers of PWD and other officials of the concerned department to monitor the project regularly so as to ensure that the implementation of the said project is completed within the stipulated time frame and added that he would also review the project personally from time to time.

He further said the paper works and Detailed Project Reports (DPR) for protection works from flood and erosion of twenty-nine rivers and tributaries flowing through four districts of BTC area have been prepared and sent by them to the central government for necessary sanctions.

Earlier, in his inaugural address, the Assam Minister for Tourism and Welfare of Plain Tribes and Backward  Clases Chandan Brahma informed that the scheme was an initiative and funded by the Ministry of Development of North East Region (DONER), India under North East Special Infrastructure Development Scheme (NESIDS).