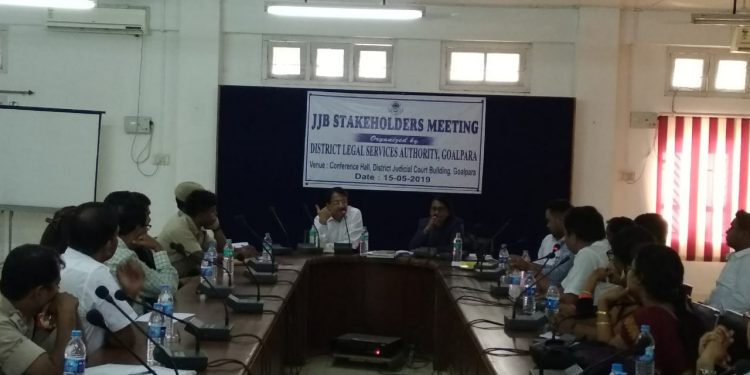 The District Legal Services Authority (DLSA) of Goalpara district in Lower Assam on Wednesday organized a meeting at the district judicial court building for the stakeholders of the Juvenile Justice Board (JJB) and reviewed its functioning.

Anchoring the session and specially focusing upon the children in conflict with law, Chitra Rani Saikia, secretary DLSA, said, “Every child is entitled to get free and competent legal aid.”

However, she lamented that the number of cases of free legal aid given to the juvenile offender is less in the JJB of Goalpara district.

Addressing the Special Juvenile Police Unit (SJPU) officers, Saikia emphasized upon spreading the awareness that all the rape victims are entitled to get compensation from the DLSA. “The victims’ kins may also directly approach and apply at DLSA office that functions inside the district court,” she said.

Achyutananda Saikia, principal magistrate of JJB spoke on the pendency and disposal of the cases and appealed all the stake holders to work in cooperation for the best interest of the child.

Beside the child welfare committee, child protection unit and JJB members, the meeting was also attended by the chief judicial magistrate Ronjeeta Agarwala.