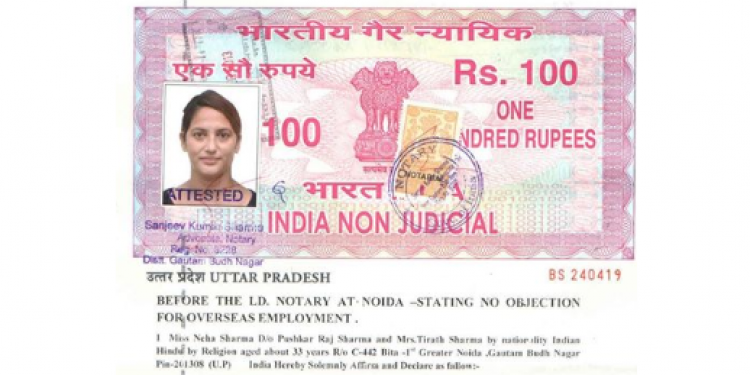 An affidavit of Neha Sharma, who has died at Tel Aviv in Israel. Image credit - Facebook

Neha Sharma, daughter of Pushkar Raj Sharma and Tirath Shama from Merabil of Udalguri district in Assam, has died in Israel’s Tel Aviv on Thursday.

The body of the girl from Assam, aged 38 years, is lying in a hospital of Israel.

As per the affidavit, submitted by Neha Sharma, at Noida in Uttar Pradesh when she was 33 years old, left to Israel to get engaged in caregiver’s job.

He also stated: “Her parent/ relative need to be informed to bring back her dead body.”

IG Hibu further stated that he has been somehow informed about her death by a woman from Manipur, Jessica Thanjam, who has also been working in Isreal.

Police officer Hibu, who wants the information of the Assamese girl reach her home, added that if any help is needed at Delhi in Embassy, he will help from Delhi.

He further stated that he has already alerted his fellow IFS batch-mate to bring back her body for the last rites at her home in Merabil.

It may be mentioned that Merabil falls under Mazbat Tehsil in Udalguri district.

‘Northeast Now’ contacted the Deputy Commissioner of Udalguri and informed him about the death of the girl from Merabil so that the news reaches her home.