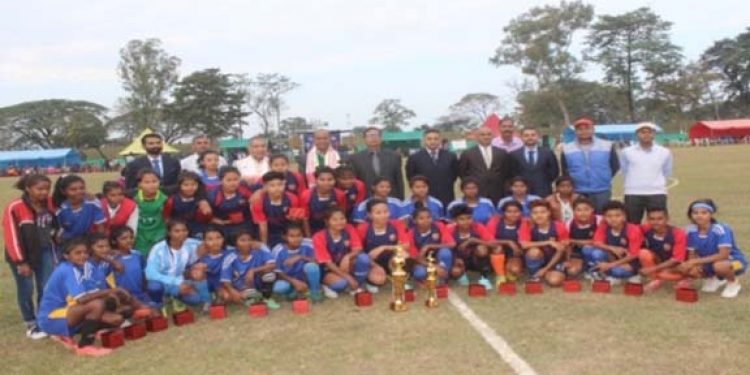 The grand opening ceremony of the tournament was witnessed by a large gathering and Tilo Sonowal, who has immensely contributed to Assam’s literature, author of many books, social worker and recipient of many awards, including Dr Ambedkar Sahityashree National Award, was the chief guest on the occasion.

The tournament has over the past few years evolved as an ideal platform for the youths of Assam to showcase their passion for the game and give them a launchpad to bolster their sporting talent.

The tournament not only patronises the sporting talents in Assam but also propagates the universal message of ‘Peace through Sports.’ The Captain Jintu Gogoi, Veer Chakra Memorial Football Tournament is unique by itself as it has free entry for all the participating teams.

Eighteen college teams of Upper Assam are participating in the tournament including one team from Army (i.e. parent unit’s team of Captain Jintu Gogoi, VrC) and two girls’ teams.

The tournament commenced on the occasion of Vijay Diwas, also paying a tribute to the martyrs of 1971 war.

A new addition this year is the entry of girls’ team in the tournament.

Both the teams were very competent and displayed a high standard of football and this made the match more interesting.

All the football lovers, elders , women and children are hence requested to be present to witness these matches and motivate the teams with their presence.