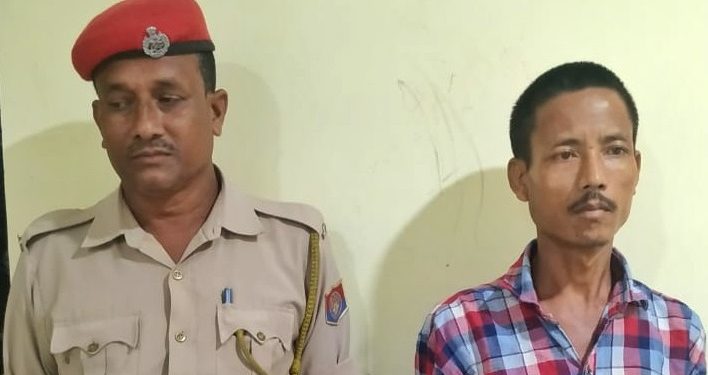 In a bizarre incident, a father threw his daughter in a flowing river purportedly on advice of an occultist, at Lahapara village near Tamulpur in Assam’s Baksa district.

According to sources, the father Birbal Boro,35, who was ill for a long time driven by superstitious belief on the advice of a occultist ‘that he was ill because of evil spirits’ threw his two and half years old daughter into Borola river on September 27 last.

Following the incident, the mother of the child Junu Boro, 30, lodged a complaint with the help of villagers and handed over Birbal to Kaurbaha Police on Saturday.

The accused took the child for a walk and threw her in the river later on return.

After the wife learnt about the fact, the news spread like wildfire.

The family members along with the local villagers jumped into the river to rescue the baby but in vain.

Later, a team of SDRF led by Tamulpur Police launched a rescue operation and recovered the body.

“It is also suspected that his mental condition is not well,” Aseema added.

“We have not found any substantial evidence of involvement of any occultist or tantrik in the incident,” the police officer further added.

“Even the mother of the child, Junu who has herself lodged complaint stated that the family was not in touch with any such godman,” the police also said.

“But we are investigating the matter and if any such person is found we will take necessary steps,” said officer-in-charge of Tamulpur police station, Ashim Bora.

Meanwhile, the accused Birbal Boro who was charged under 302 (punishment for murder) was produced before the court of Chief Judicial Magistrate, Mushalpur and forwarded to judicial custody in Nalbari on Sunday.