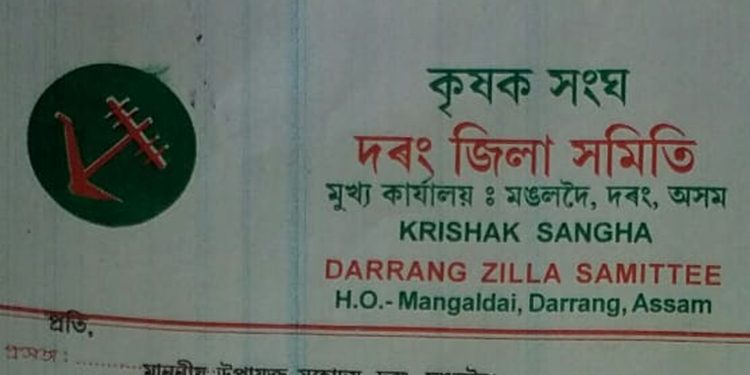 The Darrang District Krishak Sangha (DDKS) has urged the Deputy Commissioner to probe into alleged irregularities in the implementation of the Rashtriya Krishi Vikash Yojana (RKVY) for 2014-15 in the district.

The Darrang District Krishak Sangha, a premier farmers’ body of Darrang district, has remained vocal over the years against alleged corruption in the implementation of different government schemes related to the farmers of the district.

This time, the DDKS has levelled serious charges of corruption and an unholy nexus between a section of Agriculture Development Officers (ADOs), a section of Village Level Extension Workers (VLEW) and a few farmers.

The scam has taken place allegedly in the selection of beneficiary farmers’ groups for distribution of 15 mini trucks and six goods carrying vans of Tata brand at government subsidized rates.

The vehicles were distributed under the RKVY in 2014-15 involving crores of rupees.

The organization has submitted a memorandum to the Darrang Deputy Commissioner seeking probe into the scam.

The memorandum has been signed by the president of the Sangha, Mojaffar Hussain and secretary Durgaram Boraik.

In the memorandum, the organization cited an official list of 14 selected beneficiary local farmers’ groups under different ADO circles of the district. 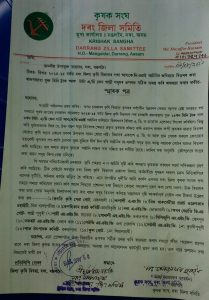 Mini trucks and vans (Tata AC) were distributed to these 14 farmers’ groups under RKVY.

The Darrang District Krishak Sangha has alleged that these beneficiary groups were formed not with genuine farmers and their existence itself is doubtful.

The farmers’ body has claimed that the selection of the beneficiary farmers was made through a middleman with a mala fide intention only to get immediate benefits of the bank subsidy.

It has been alleged that most of the vehicles have been sold out in the market which has deprived the genuine farmers who actually needed the vehicles.

The farmers’ body, while submitting the memorandum, has demanded that the outcome of the probe be made public.

Talking to Northeast Now on Saturday, the president of the farmers’ body, Mojaffar Hussain said, “We submitted a memorandum on August 9 last.”

“However, till date, we are yet to receive any kind of communication from the Deputy Commissioner’s office. We would try to know the development on Monday next,” added Hussain.