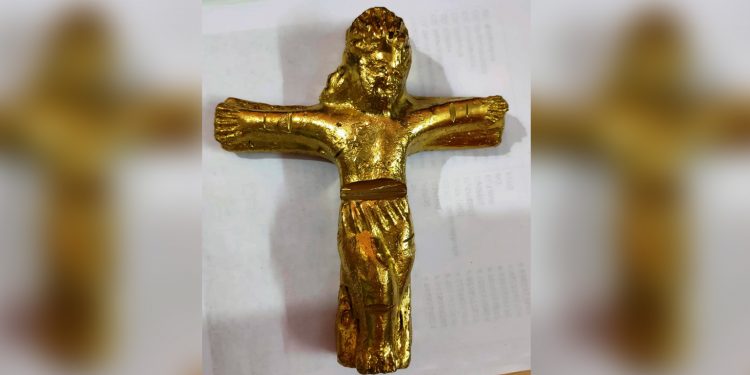 Police on Sunday night recovered a statue of Jesus Christ made of fake gold in North Lakhimpur.

The recovery was made following the arrest of two persons who had duped a customer from Delhi.

The arrested persons have been identified as Motibur Rahman and Sirajul Islam.

The operation was led by additional superintendent of police Pranab Kumar Pegu and sub-inspector P Chamuah.

The arrested persons were trying to dupe one Avinash Kumar from Delhi.

This is the latest arrests of the continued illegal fake gold trade in North Lakhimpur.