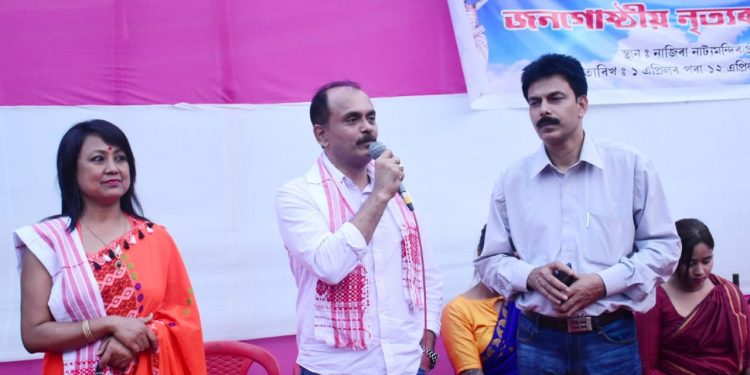 During his stopover at Nazira, the expenditure observer also visited a workshop on Bihu dance and addressed the participants, their parents, students and general public present there. He extended hearty greetings for the ensuing Rongali Bihu and called on the public to exercise their franchise in large numbers during the ensuing Lol Sabha election, polling of which will take place in first phase, that is on April 11 next.

He also encouraged the students present in the workshop to create awareness among their family members and in the neighborhood for participating in the electoral process to ensure 100 per cent voters’ turnout.