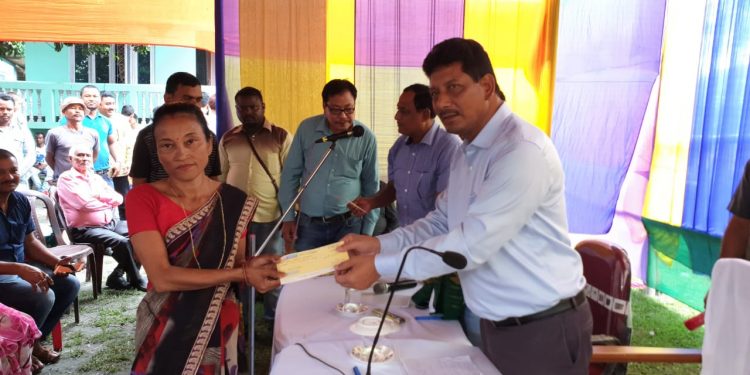 In a bid to provide succour to the kith and kin of man-elephant conflict victims of Assam, a total of 118 beneficiaries were ceremoniously handed over an amount of Rs 43,73,000 in Udalguri.

The ex-gratia amount was handed over by state minister of public health and engineering, Rihon Daimari at Paneri Forest Beat Office premises in the district on Monday.

The beneficiaries include kith and kin of those who have lost lives, injured in man-elephant conflict including attack by other wild animals and also those whose crops and houses were raided and damaged by wild elephants.

“Awareness and alertness are two keys to mitigate the menace of man-elephant conflict. The border populace must prepare themselves to tackle the menace,” said Daimari.

“Human-elephant conflict is one of the issues faced by the Indo-Bhutan border villages of Udalguri, there’s obviously no quick fix solution and rapid afforestation and eviction of encroached forest land which are a part of age old elephant corridors is the call of the hour,” said Divisional Forest Officer of Dhansiri Range,Udalguri,Madhurya Kumar Sarma.

“The ex-gratia compensation is just a ‘bandage solution’, but we believe that this will help out these families during their hour of need,” he said.