Team of NITI Aayog and district administration, Dhubri making all out efforts to encourage children and guardians to join schools 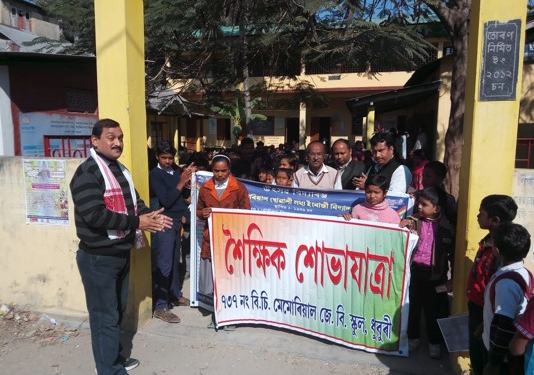 Dhubri district in lower Assam registered a record increase of 18 per cent in student enrollment in public schools for the first time in 3 years, thanks to the team of NITI Aayog (National Institution for Transforming India) and district administration, Dhubri. 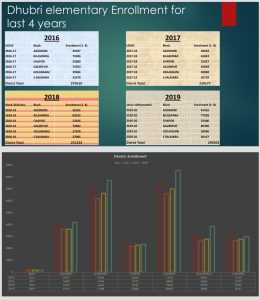 A concerted push by the Piramal Foundation, a co partner of Niti Aayog and the Dhubri district administration combined along with a growing people’s movement in favour of public schooling, has meant that for the first time, the number of students enrolled in lower and upper primary schools of the district has increased.

Ananta Lal Gyani, Deputy Commissioner, Dhubri told Northeast Now that these numbers are significant because over the last couple of years, the student population in government schools was dipping every successive year in the district.

Tanima Narayan, Dhubri District Representative of NITI Aayog  said that in order to ensure 100 per cent enrollment and transition of students throughout the district, an initiative by the State Government was taken through organizing ‘Utsav Bidyarambha,Amar School –Amar Abhiyan’ from January 1 -5.

To ensure 100% enrolment in the Government schools of #AspirationalDistrict Dhubri, #Assam, an awareness campaign – Amar Vidyalaya, Amar Abhimaan was initiated.

The enrolment increased by 18% with 45,000 new students, the highest in the last 3 years! pic.twitter.com/uPJMizyf6k