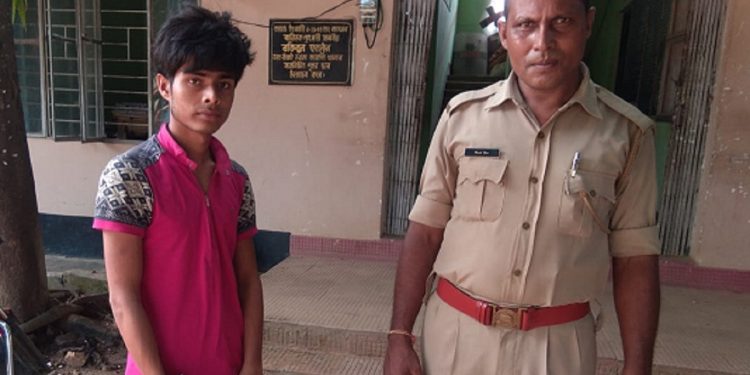 The Daboka Police in Assam’s Hojai district nabbed one Rajul Alam from Nagaon on Tuesday for allegedly writing a threat letter and demanding a ransom of Rs six lakhs.

Alam allegedly wrote the threat letter around three months back to one Hilaluddin Barbhuyan, a businessman of Daboka under Hojai district.

As per information, the accused wrote a threat letter on May 31, 2019 demanding Rs six lakhs.

The letter was sent to the businessmen in the name of an organization named NACM (R).

Along with the letter, in an envelope two bullets of AK-47 and 3.3 pistol were sent.

And, through a phone call the businessman was threatened if the amount is not paid, he has to face dire consequences.

Alam also allegedly called up the businessman and gave life threats apart from threatening to kidnap his son.

Later, the businessmen filed a complaint at Daboka police station.

The police took the demand letter and bullets in their custody.

Accordingly, a case was registered and investigation was started.

Finally, the accused has been arrested from Nagaon after three months.

The accused is a resident of Padhimunit under Murajhar police station in Hojai district.

Further investigation is going on.