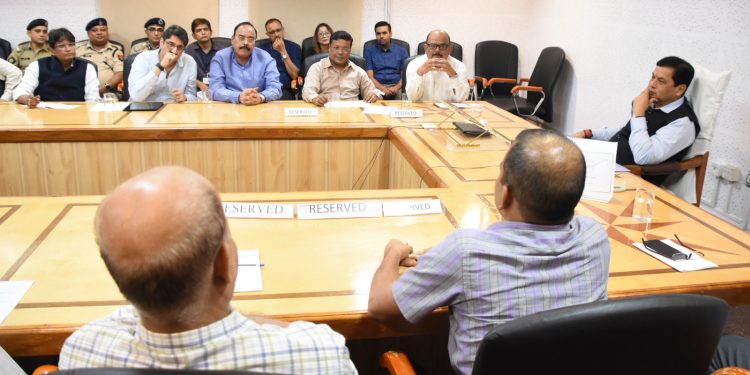 In an attempt to upgrade and modernise the State police forces, Assam Chief Minister Sarbananda Sonowal asked the DGP and State Home department to expeditiously implement police modernisation projects in the State.

Sonowal said the state-of-the-art police stations constructed under MOITRI has added to the prestige of the police personnel who serve the people in general in times of distress.

Chief Minister Sonowal reviewed the progress of under-construction police transit camp in Guwahati and asked the chairman, Assam Police Housing Corporation to complete it on fast track basis to solve the problem of accommodation of police personnel who to come to Guwahati from other districts.

Sonowal reviewed the stages of implementation of modern traffic signal system, construction of Assam Police Academy, E-Challan System, Police Memorial, scheme related to empowerment of Village Defence Parties and asked the senior officers associated with the projects to complete the projects within their stipulated time frame.