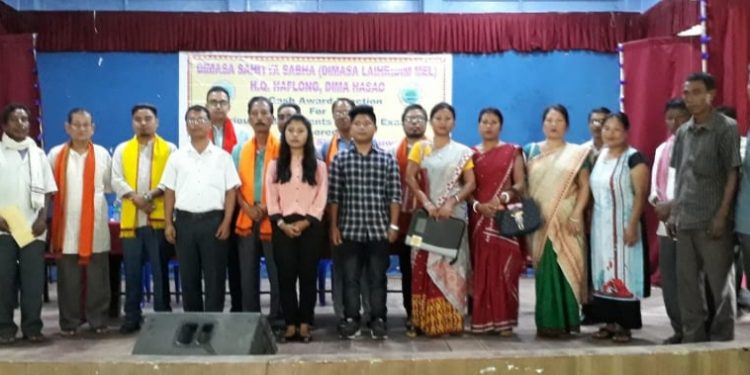 The third cash award function for different meritorious BPL students of Dima Hasao was held at Haflong on Monday.

Cash awards were given to meritorious students of the district and highest mark scorer in HSLC examination 2019 among the Dimasas.

It was held at the Cultural Institute Hall in Haflong.

The public meeting held in connection with the occasion was presided over by DSS president Dinendra Thaosen.

GBs of Haflong area and members of DSS were also present in the meeting along with awardees and their parents and media persons.

All the speakers of the meeting lauded Dr Kripesh Ranjan Sarmah for his sponsoring the cash award for BPL students.

Kumud Ranjan Kemprai gave a vote of thanks.