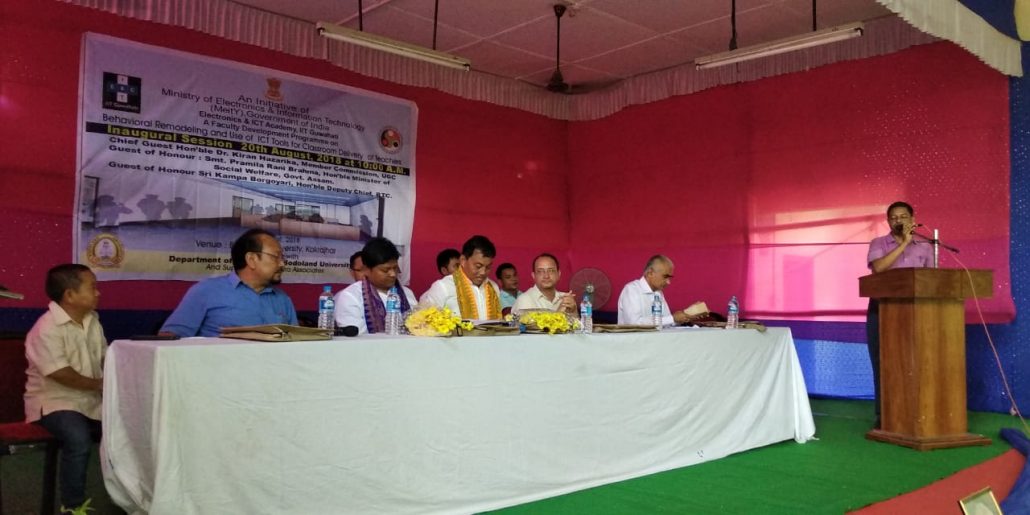 A Faculty Development Programme is being organized by the Department of Commerce, Bodoland University from August 20 to 29 in Kokrajhar district of Assam.

The inaugural session was graced by Dr Kiran Hazarika, Commission Member, UGC as the chief guest.

Speaking on the occasion, Hazarika said that Bodoland University is set to get 12 B status soon.

He also said that the BTC authority and Assam Government need to jointly discuss on the matter and take initiative to get 12 B status.

“They have to bring around ten professors and pension schemes to them then Bodoland University will entitle for upgrading to 12 B status.

He also said that the University has many challenges ahead for all round development and BTC administration has been trying to solve those step by step to make it one of the best universities in the region.