In the first match played between the teams of District Football Association (DFA) East Siang and West Siang, the former took a drubbing from the latter with 3 goals to 0 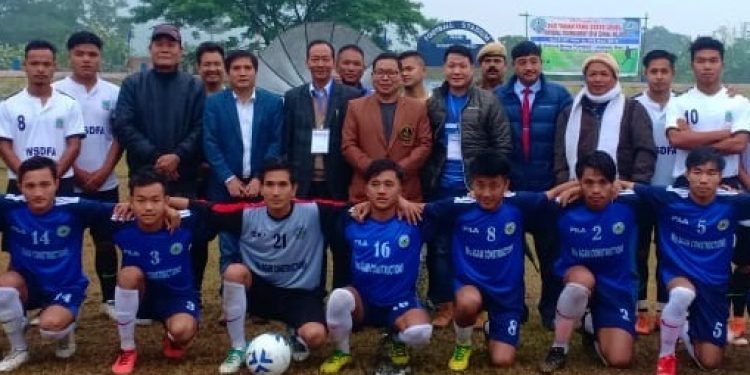 The qualifying round of the 17th Tadar Tang Memorial State Level Football Tournament for Zone 3 got off to a thrilling start at Daying Ering Memorial Stadium in Nari with at least ten goals being scored in the first two matches of the day.

In the first match played between the teams of District Football Association (DFA) East Siang and West Siang, the former took a drubbing from the latter with 3 goals to 0.

It all started with Karnya Doji taking the lead for West Siang just five minutes into the play. And while East Siang did seemed poised for a comeback at times, a goal each from Gedo Sora and Karli Ngomdir in the 29th and 65th minutes ensured they had a point in advantage from the very first match.

The same stood true for the host team of DFA Lower Siang which took on its Upper Siang counterpart for the second match of the day and ended in a 5-2 score line in favour of the host team.

With home crowd strongly behind them, it took the Lower Siang team just under one minute to take the lead against Upper Siang through Perbi Lombi. And while Gelat Jiji was successful in cutting out the lead with a brilliant strike in the 9th minute, a brace by Ito Bomjen in quick succession in the 16th and 22nd minute meant that Lower Siang went into the half time with a comfortable two goals lead with score reading 3-1 goals.

Into the second half, Lower Siang again started strongly and soon enough found the back of the Upper Siang net through Marto Riram in the 53rd minute. However, while Gelet Tasung was able to close the gap in the 55th minute for Upper Siang, an own goal from teammate Onit Danggin in the 61st minute further sealed the match in favour of Lower Siang.

Earlier in the day, the local BJP legislator Kento Rina presided over the inaugural ceremony as chief guest along with hosts of officers, football officials and public leaders.

Also, in their respective addresses to the teams and public in general, both MLA Rina and Lower Siang DFA President Kaling Kakki called for respecting sports and the spirit of sportsmanship.