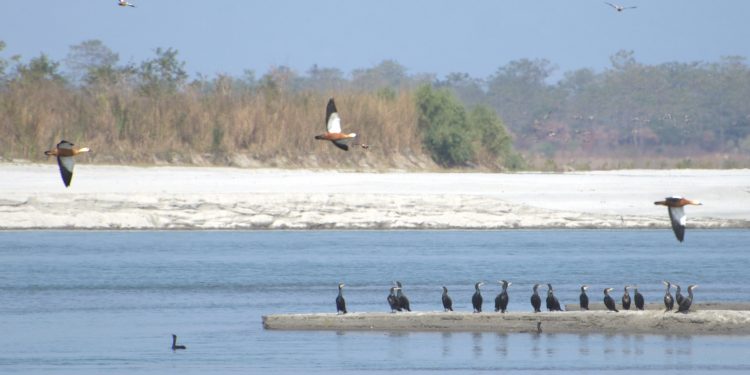 These migratory birds come to this sanctuary from far-off lands to spend the winter months.

The chirping of a myriad of the winged guests, including the ruddy shelduck and the great cormonant, are livening up the wetlands of Borguli, Sibiyamukh and Damkolghat portions of the sanctuary, and its adjoining areas.

“Migratory birds were seldom seen last year as the waters of the Siang had become highly turbid. This year, the avian visitors are arriving in large numbers,” said Pasighat DFO (Wildlife) Tasang Taga.

Some of the birds fly thousands of kilometres to reach the wetlands of the sanctuary to escape the severe cold of their summer homes and to spend the winter months here, he said.