This is the fifth edition of the AFF and is being organized by the Film Federation of Arunachal (FFA) in collaboration with the Directorate of Information & Public Relation, Government of Arunachal Pradesh.

The film festival will conclude on Saturday.

Feature films, documentaries, and short films by filmmakers from the north-eastern states will be showcased during the three day event.

Under the short film category, budding filmmakers from the host state will be vying for the best short film title on the theme ‘Women Empowerment’.

Cash awards of Rs one lakh, Rs 75,000 and Rs 50,000 have been announced for the top three positions which will be awarded on the concluding day of the festival.

There is also a cash award of Rs two lakhs and Rs 1 lakh for Best Feature and Best Documentary respectively. 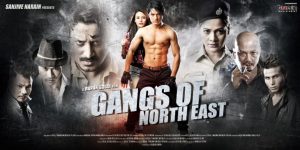 On the inaugural day, the star attraction was screening of ‘Gangs of Northeast’, directed by Rupak Gogoi of Assam and produced by Sanjive Narayan and Kenny Lyngdoh.

A play was also presented as part of the festival by the participants of the three-day advanced acting workshop conducted as a run up to the festival.

The play was a social commentary on the mindless indulgence of people in social networking sites.

The play was directed by noted artist Riken Ngomle, who is also an assistant professor in the Department of Theatre Arts, University of Hyderabad, and Tai Tugung, another noted artist and a faculty in Doimukh College.