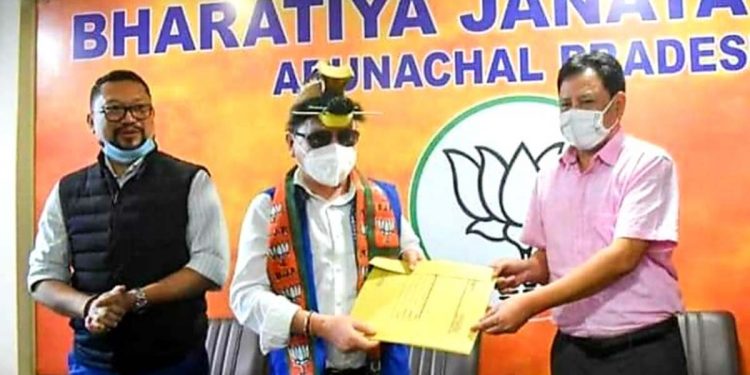 Rebia submitted his papers to the State Legislative Assembly secretary K Habung, who has been appointed as the returning officer by the Election Commission, said joint chief electoral officer DJ Bhattacharjee.

Rebia, who has already represented the state in the Upper House of the Parliament for two consecutive terms from 1996 to 2002 and 2002 to 2008 as Congress candidate, has also served the state as Speaker and Cabinet minister.

June 9 has been fixed as the last date of filing nominations in the state and scrutiny of papers would be held on June 10.

June 12 has been fixed as the last date of withdrawal of nominations while the election process will be completed by June 22.

The 60-member Arunachal Pradesh Assembly has 41 BJP legislators while the Janata Dal United (JDU) has 7 members.

The Congress and National People’s Party (NPP) have four legislators each and the Peoples’ Party of Arunachal, the lone regional party in the state has one member. There are a total of three independents.