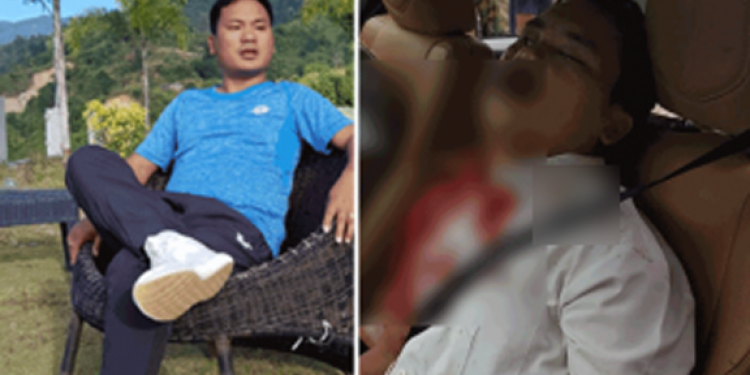 The killing of MLA Tirong Aboh and 10 others in Arunachal Pradesh’s Tirap district has been widely condemned.

“The NPP is extremely shocked and saddened by the news of the death of its MLA Shri Tirong Aboh (Arunachal Pradesh) and his family. We condemn the brutal attack and urge @rajnathsingh and @PMOIndia to take action against those responsible for such attack,” he tweeted.

Union minister of state for home Kiren Rijiju tweeted, “I’m shocked and saddened by the brutal attack and tragic killing of MLA Shri Tirong Aboh of Arunachal Pradesh, his family, including 11 people. Strongest possible action will be taken against those responsible for such dastardly attack.”

Arunachal Pradesh governor Brig. (retd) B.D. Mishra said the dastardly and cowardly action of the assassins has deeply shocked and pained the entire citizenry of the state.

He also appealed to the people of the state, particularly those living in the insurgency-affected areas, to help maintain peace and normalcy and, with empathy, stand by the families of the victims.

Chief minister Pema Khandu also expressed shock over the incident. He said an operation by the army has been launched while additional forces from Changlang have been rushed to Khonsa.

“Extremely shocked by unfortunate incident of killing of Khonsa MLA Tirong Aboh along with several others by insurgents. Strongly condemn this barbarous act. Action will be initiated to hunt down the perpetrators. My heartfelt condolence & may soul of those departed Rest In Peace,” he tweeted.

Nagaland chief minister Neiphiu Rio also tweeted, “I am shocked by the news of ambush of Tirong Aboh, MLA from #ArunachalPradesh’s Khonsa West Assembly Constituency, along with family and others accompanying him. I condemn the brutal attack and urge the government to take action against those responsible.”

The chief ministers later through a statement also said the barbaric and inhuman act of such magnitude is rare and not acceptable.

Nagaland deputy chief minister and BJP Legislature Party leader Y. Patton called upon the law enforcing agencies to conduct an in-depth inquiry behind the incident and bring the culprits to book according to the law of the land.

In a condemnation note, Patton said, “While the overall law and order situation in the whole northeast was peaceful, such cowardly acts by some disgruntled elements has sent panic and fear psychosis in the minds of the people. The peaceful atmosphere in the NE has to be restored by all means and build the confidence of the people.”

Patton called upon the law enforcing agencies to conduct an in depth inquiry behind the incident and bring the culprits to book as per the law of the land.

He also offered condolences to the bereaved family and prayed for the departed souls.

Former Home Minister Kumar Waii termed the attack on Aboh a politically motivated one while state NPP president Gicho Kabak demanded strong action against those involved in the attack.

“’I condemn this incident. This kind of incident has never taken place before. An inquiry into the incident is important. A political rival has done this,”’ said Waii.

The Arunachal Pradesh Bharatiya Janata Party termed the incident as a cowardly criminal act and said that there is no place for such people in a civilized society.

It also appealed the authority concerned to initiated immediate investigation on the matter and take stringent action against the perpetrators.

The Pradesh Congress Committee termed the incident as a political killing and held Chief Minister Pema Khandu and his BJP government responsible for the incident.

The party demanded that Khandu should step down from his post on moral grounds.

It also called for a high level judicial enquiry and arrest of all the culprits involved.

“If elected representatives of the state are not safe under the present state and Central government of BJP, how would the common people feel secure?” the PCC questioned.

The All Arunachal Pradesh Students’ Union also condemned the gruesome killing. The union said that such act of violence shall never be acceptable in a civilized society like ours.

The Arunachal Youth Organisation also demanded immediate action be taken against the ones responsible.

The Assam unit of NPP has also condemned the killing.