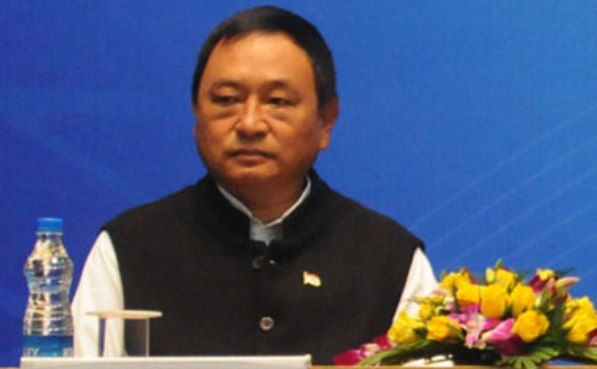 Arunachal East Lok Sabha MP Ninong Ering dashed off a letter recently to Prime Minister Narendra Modi to bring the issue of a possible natural hazard which could be disastrous for the Northeast.

Due to the powerful underwater earthquake in November, a possible threat of natural hazard has emerged due to debris dams formed in the Yarlung Sangpo belt.

In the letter, Ering, the MP from Arunachal Pradesh wrote, “Every year till April, the slow-melting glaciers and the Eastern Himalayan forests are the primary source of river water. During the monsoon months, rainfall carries sediments from the mountain slopes to the rivers and also causes dangerous landslides.”

He added, “In November, the monsoons turn weak and the rivers of Arunachal Pradesh turn blue. As the monsoon weakens, the river water clears up of their sediments and people can make use of water again.”

“However, 2017 was an exception. Intense earthquake activity in November, 2017 triggered widespread landslides on the Yarlung-Tsangpo river (200 km upstream from Tuting). Three natural rockslide dams have formed on the river due to blockage by landslides and debris,” the MP mentioned in the letter.

It is only a matter of time before the natural dams burst and unleash a severe disaster along the Siang river valley.

“Satellite imagery by NASA and planet.com show that landslides of this size and danger level have not occurred on the Siang river for almost half a century. Complicating this issue further, between 21 and 27 October, 2017, an avalanche occurred on the Sendapu glacier which feeds into the Yarlung-Tsangpo,” Ering added.