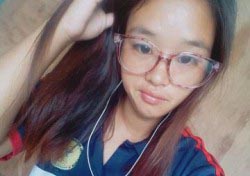 The international championship is being hosted at Moscow, Russia, from 17- 21 February.

Paya Taku left for Moscow along with the Indian team on 16 February. She will participate in the below 48 kg junior girls’ Sanda.

She is a regular Wushu trainee of the Sangay Lhaden Sports Academy (SLSA), and has been coached by M Premchandra Singh of the Sports Department.

She also underwent a month’s special coaching at the SAI Centre in Imphal, Manipur, from 15 January.