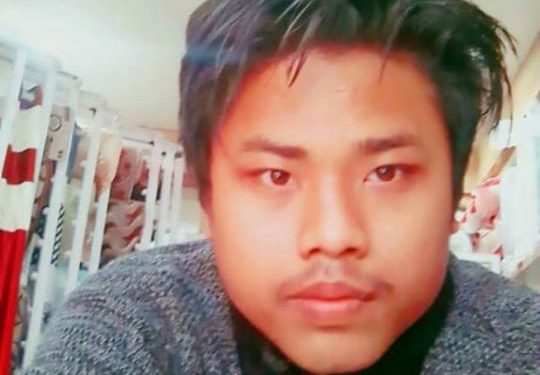 Condemning the recent incident of lynching that led to the death of Rituparna Pegu in Guwahati, Adi Baane Kebang (ABK), apex body of the Adi tribe of Arunachal Pradesh has demanded Assam Government to grant adequate compensation to the deceased’s family.

The ABK in a memorandum faxed to Assam chief minister Sarbananda Sonowal on Monday urged him to take effective steps to prevent the re-occurrence of such incidents and also ensure the safety and security of the common people. 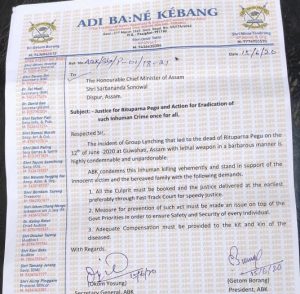 ABK’s president Getom Borang and secretary General Okom Yosung in the memorandum stated that the barbaric killing with lethal weapons in a petty issue cannot be tolerated by the civil societies.

Supporting the demand raised by various Assam based organizations, the ABK has demanded the State Government to institute a fast track court for the trial of the case to ensure speedy justice to the victim’s family.

The ABK, who is standing in support of the victim family, has urged the indigenous people of Assam to take a united stand to save their people on their motherland.

Deceased Rituparna Pegu was a native of Akajan (Silapatahar) in Dhemaji district, who was brutally killed by a group of five persons on June 12 last.