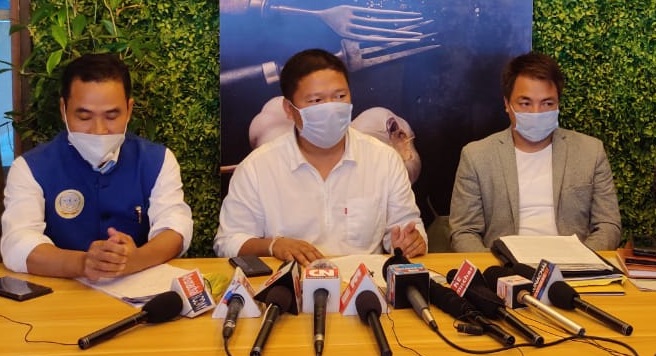 The All Arunachal Pradesh Students’ Union (AAPSU) has called upon the state government to reassess and roll back its recent cabinet decision of including ‘PRI representatives and 2 other responsible members’ to conduct interviews for the recruitment of teachers under the Samagra Shikhsa Abhiyan (SSA)/Integrated Scheme for School Education (ISSE) in the districts of the state.

The state cabinet, during its sitting to frame guidelines for recruitment of trained graduate teachers (TGTs) under SSA/ISSE on February this year, had reportedly approved for constituting a 5-member selection board in every district of the state to carry out the selection of contractual PRTs and TGTs.

Besides framing other guidelines, the cabinet, during its sitting also resolved that the board would be personally headed by the respective deputy commissioners and it would include “a panchayat (PRI) representative and two qualified and respected citizens from each district to conduct the interviews.”

The other member of the board would be the deputy directors of secondary education (DDSE).

The bizarre decision of the cabinet came into light after a report regarding the same was published in one of the local dailies.

The AAPSU, which on Thursday submitted a representation to the education minister demanding the rollback of the decision, said it was shocked to know about the revisions that the cabinet had made.

“The AAPSU has thoroughly studied the revised guidelines for recruitment of PRTs and TGTs under SSA/ISSE and no justification has been given for the inclusion of PRI representative and 2 other responsible members in the same. Also, there is no mention of the criteria and mode of selection for the 2 “responsible members” from the district concerned,” the union wrote in its representation.

The union said a letter was written to all the deputy commissioners by the government on June 22 directing them to strictly follow the revised guidelines approved by the state cabinet.

As per the AAPSU, the letter also warned of fixing the responsibility on the DDSE and deputy commissioner concerned for any deviation.

“Our stand has always been against politicization of education, particularly in regards to the recruitment of teachers. The revised guidelines as approved by the state cabinet are anti-student, defective and smacks of an ulterior motive,” the students’ body said.

The decision also defeats the very purpose of improving the educational scenario in the state by appointing quality teachers through a fair and transparent recruitment process, it added.

The AAPSU has threatened resorting to democratic means if its demand is not looked into.