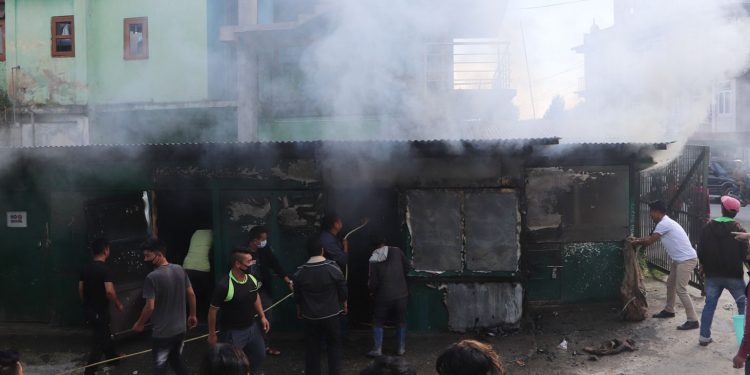 At least 2 shops and a tea stall were gutted in a fire that broke out at the market area in Tawang on Wednesday.

Officials said the fire that broke out at around 3 pm near the State Bank of India branch was caused by a leaking LPG cylinder.

No causality has been reported and the fire was doused with the timely intervention of the locals and the fire services, officials said.

Officers from the district administration later visited the site to take stock of the situation.