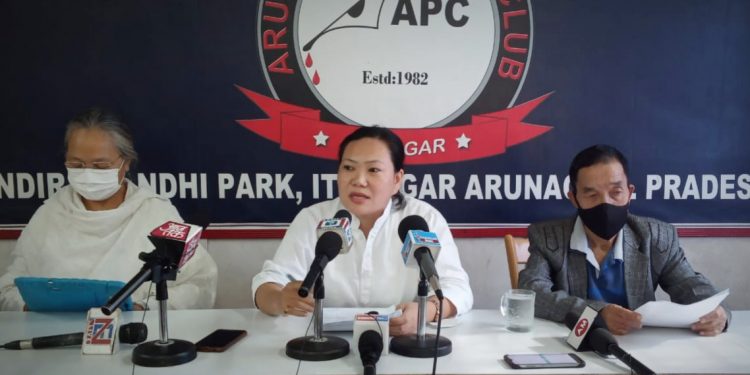 Arunachal Pradesh Congress Committee general secretary Mina Toko asked the SEC to justify the “adamant decision” on conducting the election during the pandemic.

The opposition parties in Arunachal Pradesh have threatened to go to court against the State’s Election Commission (SEC) for declaring the simultaneous Panchayat and municipal polls despite the request by all parties to defer them.

The SEC had on Thursday announced that the much-anticipated panchayat and municipal polls would be simultaneously held in the state on December 22, after a delay of almost 2 years.

Speaking to reporters at the press club in Itanagar on Friday, Arunachal Pradesh Congress Committee general secretary Mina Toko asked the SEC to justify the “adamant decision” on conducting the election during the pandemic.

“Why did you not conduct the polls when you had the time and when the high court had directed you to? You disobeyed the constitutional mandate, disregarded the high court order. You want the elections now when the situation is so vulnerable,” she said.

She also reminded the SEC of the decision taken at an all-party meeting against holding the elections under the present circumstances.

“The active Covid-19 cases are in the thousands and the related death cases are increasing. Arunachal is in a danger zone and the election might trigger a Covid-19 wave in the interior areas,” Mina said.

She pointed out that the government offices have been functioning with 50-60% staff because of the pandemic.

The Congress leader further said the SEC’s decision will affect the Christians for which the whole of December is counted as the celebration month leading up to Christmas on December 25.

The month is the harvesting season for the farmers too, she added.

Mina demanded that the elections should be conducted before the monsoon season next year.

Kahfa Bengia, the working president of People’s Party of Arunachal said that the SEC is undermining the views of the political parties.

Calling human lives precious, he echoed the Congress spokesperson in demanding elections after March next year.

Bengia was of the opinion that the people are trying to get back to normalcy after months of lockdown resulting in an economic crisis and the SEC is trying to impose another lockdown-like situation by conducting the election.

Jarjum Ete, spokesperson of the state unit of Janata Dal (Secular) demanded a white paper on all the funds sanctioned by the Central government and details on the utilisation of Centre-sponsored schemes for rural and urban development since the time the PRI and municipal election were not conducted.

“Please also share the blueprint of the decision to move for the 6th Schedule of Indian constitution,” she said.

Ete felt that the elections should not be conducted till the Covid-19 vaccine is out.

“Or at least the state is declared Covid-19-free,” she added.