Arunachal Pradesh has recorded one more COVID19 death in the last 24 hours taking the death toll to 8, the directorate of health services has confirmed in its latest tweet on the state’s COVID19.

According to the health department’s report, the new positive cases have been detected in 18 districts.

The health department said the positive patient, who succumbed to COVID19 on Thursday was admitted with co-morbid conditions.

Meanwhile, 92 more patients, who were earlier infected by COVID19, have been discharged from different hospitals or Covid care centres after their recovery.

They were discharged from 13 districts including the highest, 39 patients from the Itanagar Capital Region.

With these patients, a total of 1,399 patients have recovered from the disease in Arunachal Pradesh so far.

According to the health department’s report, Arunachal Pradesh’s recovery rate stands at 69.23%. 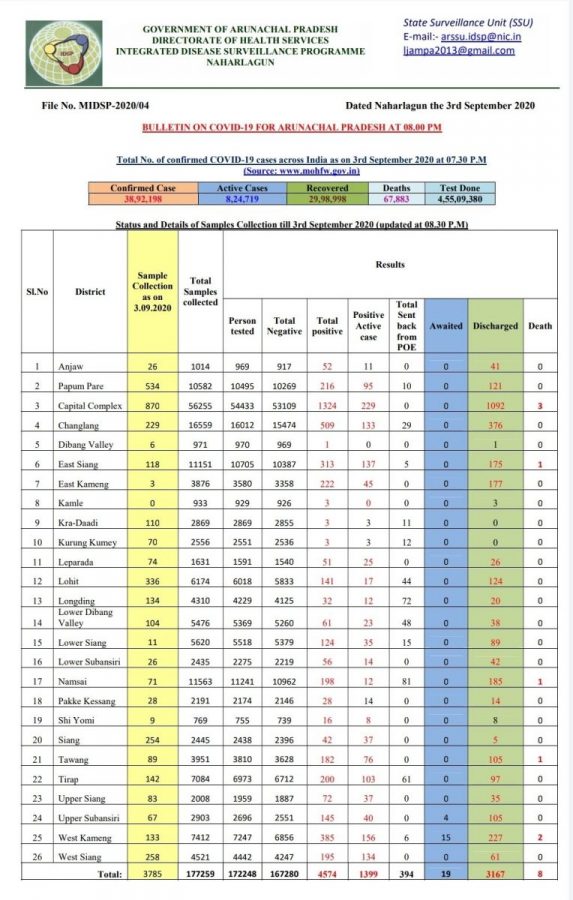