In its latest report on COVID19, shared on its Twitter handle, the health department on Sunday night said the new cases have been detected in 17 districts.

Meanwhile, 98 more patients have been discharged from 16 districts after their recovery.

Of the recovered patients, 17 are from the Itanagar Capital Region while 15 are from West Siang district.

With the release of these patients, a total of 6,495 patients have been discharged in Arunachal Pradesh so far.

The positivity rate of Arunachal Pradesh is 27.87%.

The deadly disease has so far claimed the lives of 14 people in the state and the death rate is 0.15%. 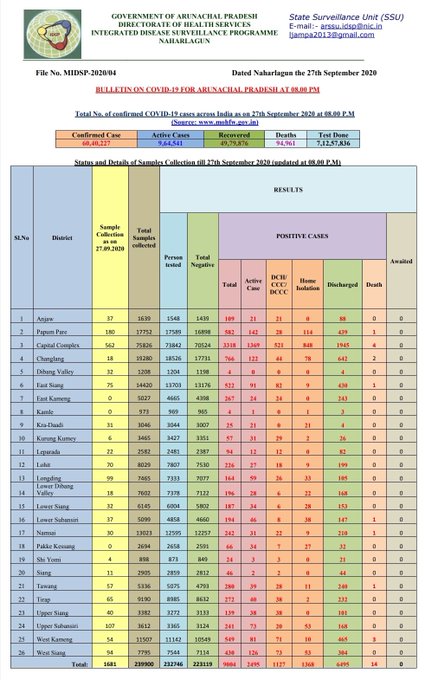