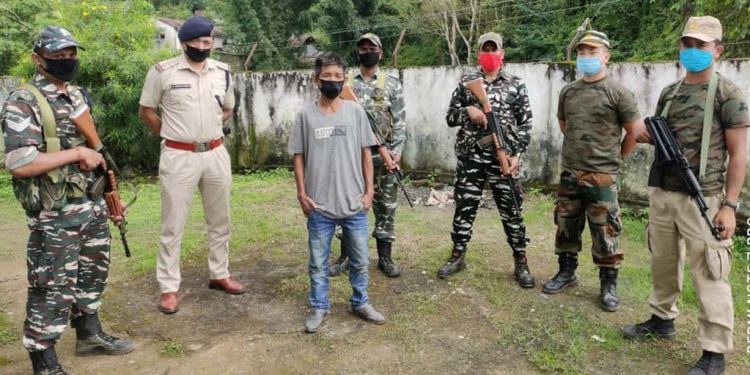 A cadre of the NSCN(R) has been arrested from the Changlang town in Arunachal Pradesh’s Changlang district, around 338 km from Itanagar, police said on Tuesday.

“Acting on an input about the movement of one NSCN(R) cadre in the Changlang Township, a joint operation of the Changlang police, 9th Assam Rifles and 149 Bn CRPF was launched in the area on Monday evening,” Changlang superintendent of police Mihin Gambo said.

“During the operation, the team apprehended one Noksom Tangha (42), a self-styled revenue in-charge of the district for the NSCN(R),” Gambo added.

A resident of New Sallang village in Changlang district, Tangha was actively involved in an extortion racket being operated by the NSCN(R) in the district, the SP said.

A motorcycle and a mobile phone were seized from his possession, he said.

“A case under Section 384 of the IPC read with Section 10/13 of the Unlawful Activities (Prevention) Act has been registered against the cadre at the Changlang police station,” Gambo further said.