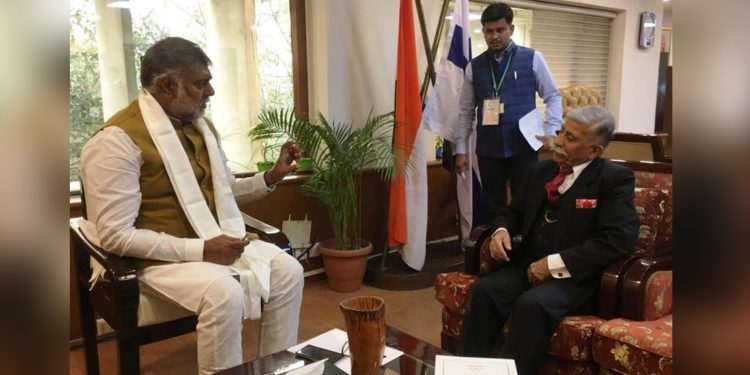 During the meeting, the duo discussed promoting and harnessing Arunachal’s tourism potential.

The Governor highlighted Patel on the vast tourism potential Arunachal has and urged him to look into ways of exploiting the same.

The Governor informed the minister that Arunachal has immense potential in the fields of ecotourism, adventure tourism, and cultural tourism.

“Along with the vibrant indigenous faiths, Arunachal Pradesh has several important religious places, which have also been mentioned in ancient religious scripts,” the Governor said.

He further said that the Parshuram Kund in Lohit district, which is one of the important places of pilgrimage of the country, needs to be developed.

“The Parashuram Kund in Lohit district is an important pilgrimage place of the country. It needs to be developed for a safe visit, bathing and comfortable stay,” the Governor said.

Brig (retd) Mishra said, “The early finalization of the Parshuram Kund project would assist local youths to have self-employment opportunities. This will enhance the local economy.”

“The Bhupen Hazarika Setu will expedite the project and will also enhance tourism immensely in eastern Arunachal Pradesh,” the Governor said.

Tourism minister Prahlad Singh Patel assured the Governor to expedite the tourism projects in the state.