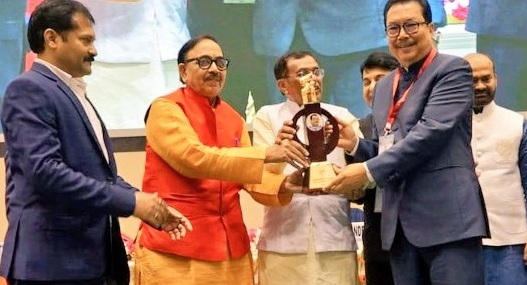 The award was presented by Fame India Magazine along with survey agency Asia Post, which conducted the survey of best ministers for 2019 across all states in 21 different categories.

Opinion was taken from about 12,700 intelligent people across the country and elected the best 21 ministers in the country.