With the detection of 212 new cases and deaths of one more patient in the last 24 hours, the COVID19 tally in Arunachal Pradesh increased to 11,479 and the death toll stood at 22.

According to the data, shared by the directorate of health services, Arunachal Pradesh, on its Twitter handle, the new cases have been detected in 18 districts.

The highest new cases have been reported from Itanagar Capital Region (ICR) and West Siang district.

Of the new cases, 37 are symptomatic and the rest are asymptomatic.

Meanwhile, 283 more patients have been discharged in 18 districts of Arunachal Pradesh.

Of the total positive cases, a total of 8,679 patients have recovered from the disease. 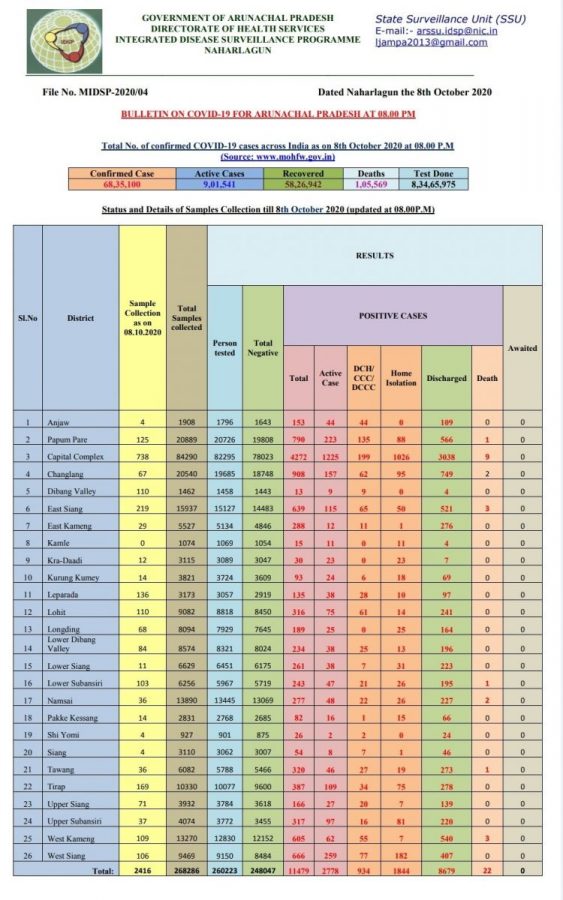