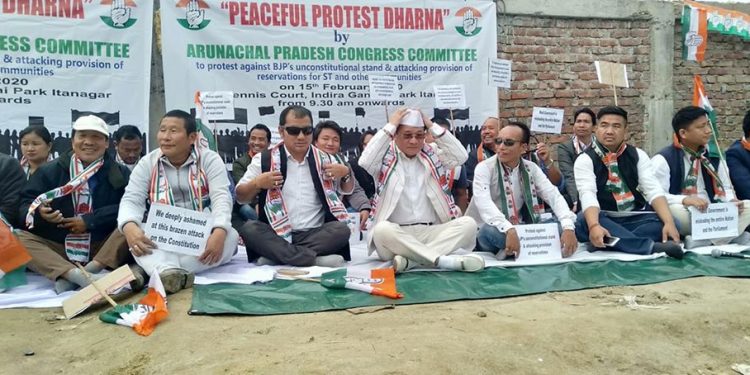 The Arunachal Pradesh Congress on Saturday staged a dharna in Itanagar demanding job security and reservation for the people belonging to SC, ST and OBC.

Tuki alleged that since the BJP government came to power at the Centre, there has been an abolition of the SC/ST sub-plan.

“There was also an attempt to dilute the provisions of the SC and ST (Prevention of Atrocities) Act,” Tuki  added.

The former chief minister alleged that over 43,000 cases of atrocities were reported against Dalits in 2017 as per the NCRB data.

Tuki said the fundamental and constitutional duty of every government is to ensure protection for SCs, STs and OBCs through reservation in government jobs, positions and educational institutions.

The Congress later submitted a memorandum to the Preside through governor B D Mishra.