Situated at a height of around 14,500 feet above sea level, Luguthang is a nomadic village with about 50 people and has 10 households.

The villagers there are primarily engaged in Yak-rearing.

The chief minister during his visit to Luguthang convened a review meeting to take stock of the status of flagship schemes being implemented in the village.

“Had a review meeting with Luguthang villagers to ensure that benefits of every flagship programme reach the last man standing in forwarding areas,” Khandu tweeted after returning to Tawang.

It takes around 11-12 hours to cover the 24 km to the village on foot from the nearest town.

The journey to the village is, however, a mesmerising one as one has to cross the eye-catching Karpu-La Mountain (16,000 feet) and several enchanting natural lakes that fall on the way to the hamlet.

The village, which is situated around 97km away from the district headquarters of Tawang, is located in Mukto (ST) Assembly seat that Khandu represents.

The chief minister, along with Tawang MLA Tsering Tashi, villagers and monks of Tawang monastery attended the consecration of ‘Jangchup Stupa’ the next day.

The stupa has been erected in the name of Khandu’s father and former chief minister Late Dorjee Khandu. 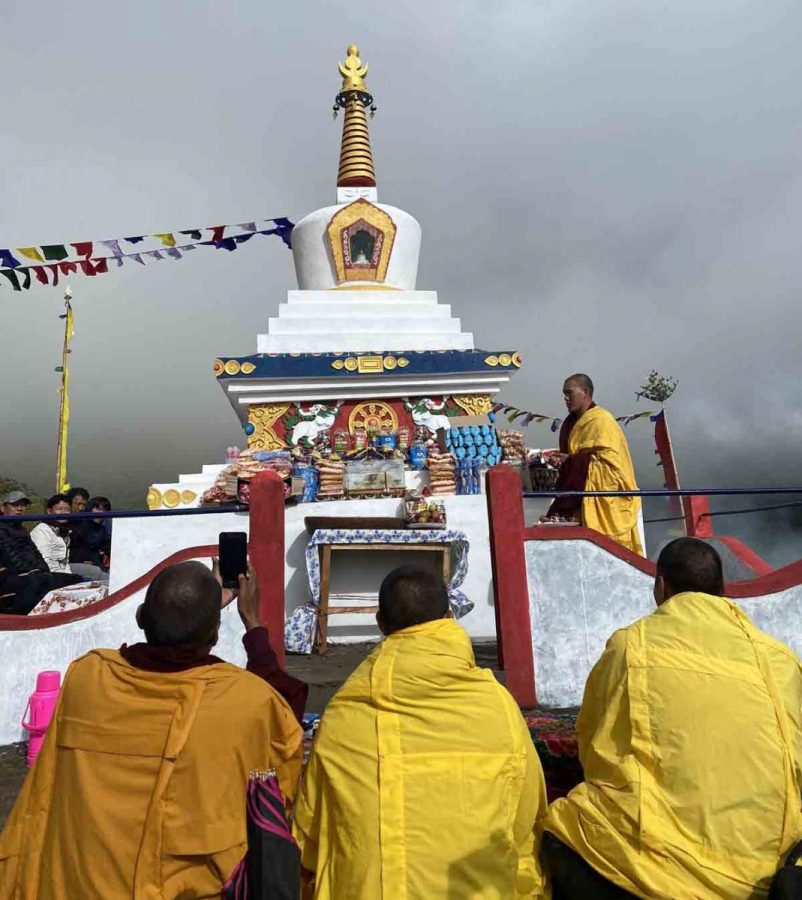 Assam: Darrang district all set to reopen schools from Monday